There is no bigger rivalry than The Game – the annual faceoff between the Buckeyes and that team up north. Yes, things are a little different this year. The big game is in December instead of November, there will be no tailgating or fans in the stands, and the Wolverines’ stats aren’t really making any Buckeyes nervous. But the rivalry remains, and the tradition continues.

To honor the tradition and as a tribute to The Ohio State University, John Glenn International is losing the “M” in CMH. If your game plan includes traveling through CMH this week, be sure to check out our very visible support of the Buckeyes!

If you’re flying soon, help us tackle the pandemic. Head here for tips on making it a healthy experience from the moment you start planning your trip to the moment you return home.

Working from above, employees position the X over the M in Columbus. It’s a team effort! 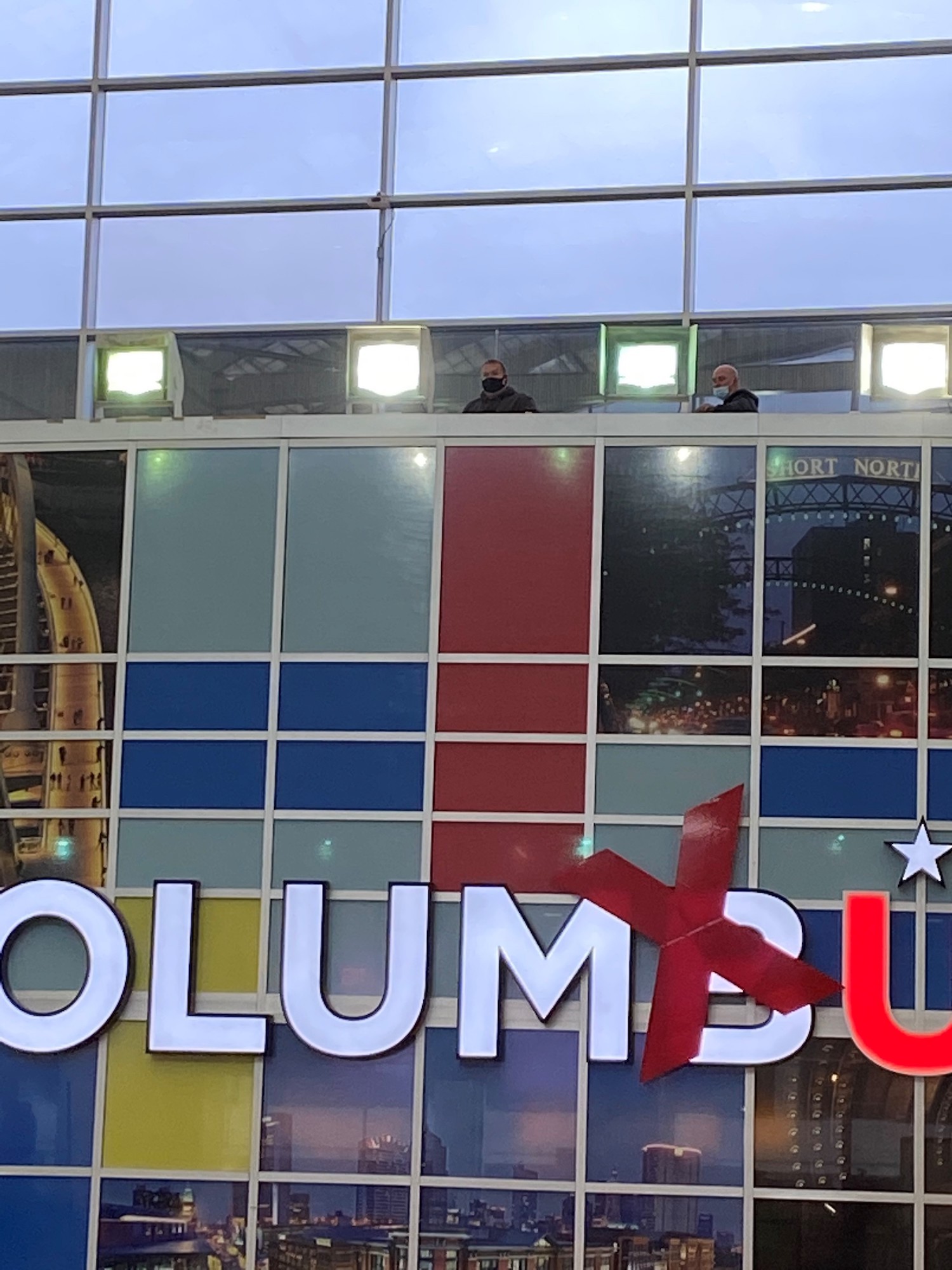 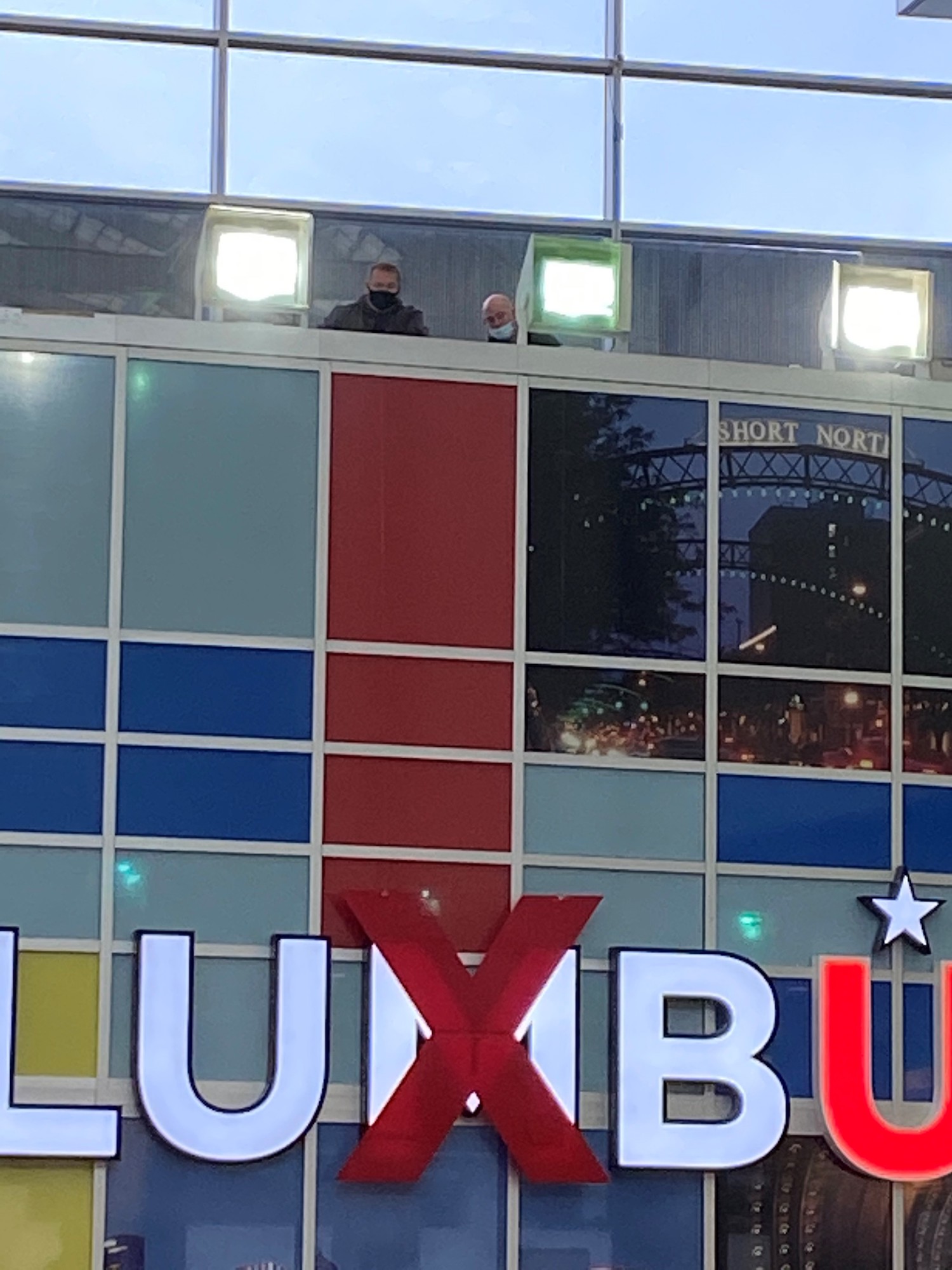 On the job with... Kati Hartwig, Digital Media Specialist