This Black History Month, we're taking a look at Black aviators here in Central Ohio who played a pivotal role in the development of the aviation industry. Read on to learn more about both Lonnie Carmon and the Tuskegee Airmen:

Meet Columbus' first Black aviator, Lonnie Carmon. Carmon was born in Adel, Georgia in 1901, but moved to Columbus, Ohio with his soon-to-be-wife, Mamie, after his father, the son of slaves in the Deep South, passed away. He was a natural mechanic and inventor. Using a salvaged motorcycle engine and no written plans, Carmon set out to build an airplane in his backyard at 328 South Grant Avenue. Like many of the problems he endeavored to solve, he was successful and his homebuilt plane took to the skies in 1926. When he wasn't flying, he had to hide his plane in a barn in the Black community of Urbancrest, fearing that it would be vandalized or damaged if left out.
In the 1930s, Saturday was flying day for the Carmon family. They'd take rides in the Piper Cub plane that Carmon owned, and residents of the south-end neighborhood near Main Street and Grant Avenue would come out and watch as they flew 500-feet above the neighborhood. On Sunday afternoons, Carmon would come here to CMH to watch planes take off and land. He passed away in 1955.
Lonnie Carmon's legacy continues to soar. You can visit his Notable Ohio Aviator pylon pre-security, near the B concourse security checkpoint. 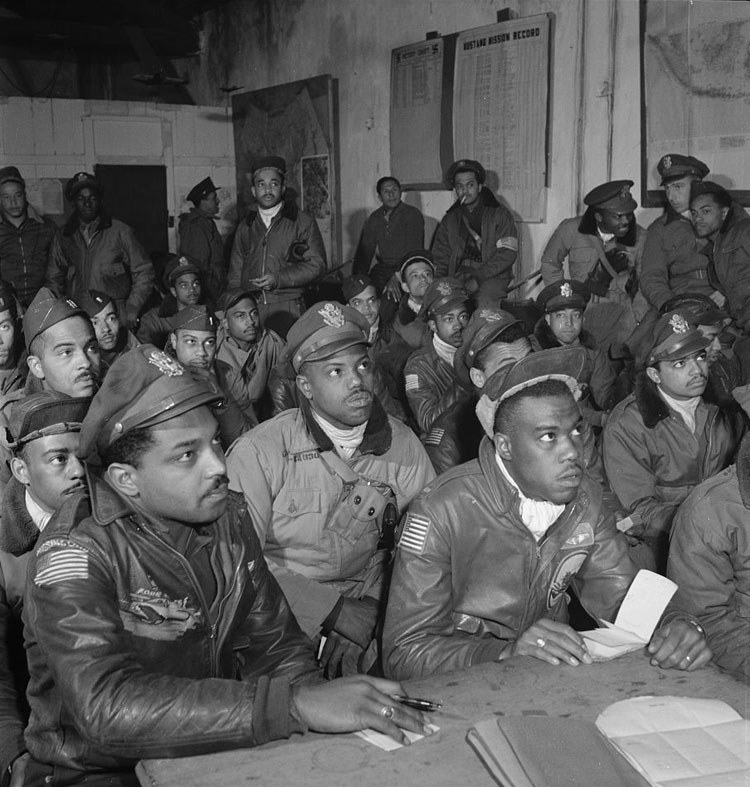 The Tuskegee Airmen was a program of the Army Crops to train African Americans as military pilots. The program started at Tuskegee Army Air Field in Alabama in 1941. At home and abroad during World War II, the Tuskegee Airmen faced enormous odds, including racism. In March of 1946, the Tuskegee Airmen 477th composite group and supporting units began arriving at Lockbourne Air Base here in Central Ohio (now known as Rickenbacker Air National Guard Base). Colonel Benjamin O. Davis took command, becoming the first Black officer to command an Army Air Force base in the continental United States. In 1948, President Harry S. Truman issued Executive Order 9981, which desegregated America’s armed forces. The Tuskegee Airmen, who never lost an escorted bomber to enemy fighters, played a major role in the integration of all US military forces.

Charles McGee, one of the last of the celebrated Tuskegee Airmen, passed away on Sunday, January 16, at the age of 102. McGee flew 409 fighter combat missions during three wars, and worked alongside Black pilots to bring attention to the racism at home while they fought for our nation's freedom abroad.