September 24, 2022 is the 8th Annual International Girls in Aviation Day. Founded by Women in Aviation International (WAI), International Girls in Aviation Day was created to introduce girls around the world to the many career opportunities that aviation has to offer. By creating resources such as the Aviation for Girls App & publishing a yearly issue of Aviation for Girls, girls 8-17 can explore hands-on activities, take virtual tours of airports and museums, and read the numerous success stories of girls in the aviation field. In addition to these resources, they also offer annual WAI scholarships to fund the cost of flying lessons and college.

Let’s meet some of the women revolutionizing the aviation field today: 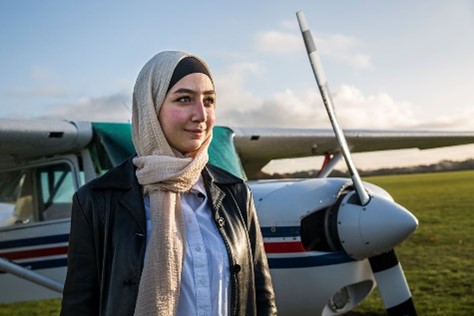 Maya is the world's first female Syrian refugee pilot. In 2011 the Syrian Civil War began, and life for Maya, her family, and many others changed forever. It quickly escalated and necessities such as water, gas, and even electricity, became too expensive or unavailable entirely. As the conditions worsened her father made the decision to seek asylum in the UK. He was later able to move Maya and the rest of the family to the UK under the family reunion visa in 2015. Maya fell in love with planes at the age of 16 while staying at a hotel near Heathrow Airport. In 2019, she embarked on her first solo flight and went on to earn her private pilot’s license. Maya recently completed her degree in aviation engineering and pilot studies at the University of London. Her current goal is to become a commercial pilot with the dream to one day land a plane in her home country of Syria. 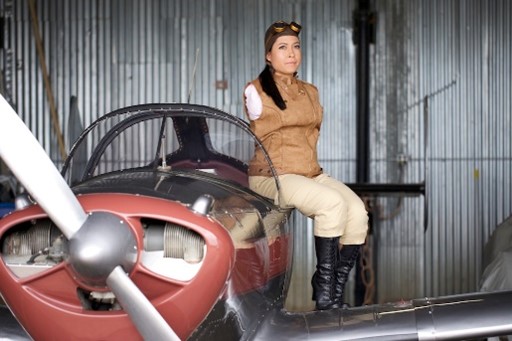 Jessica is the first & only armless pilot. Jessica was born without arms due to a rare birth defect, however, Jessica hasn’t let that stop her from living a full life. She can drive a car, play piano, and fly a plane all by using her feet. After college, a fighter pilot invited her for a ride-along. During the flight, she was captivated by the experience and told herself she would do whatever it took to become a pilot. The road to becoming a pilot was not easy and took about three years. Her first obstacle was finding a plane she could operate with only her feet. She was able to find a plane that has two fewer controls than a standard plane. With her right foot on the yoke and her left foot on the throttle, she was ready to fly. After her first solo flight, Jessica describes feeling the ultimate sense of total freedom, empowerment, and independence. She currently holds the Guinness World Record for the first woman to fly a plane with her feet & travels the world as a motivational speaker advocating for people with or without disabilities to achieve anything they set out to do.

What to expect this holiday season

Glide through security this season